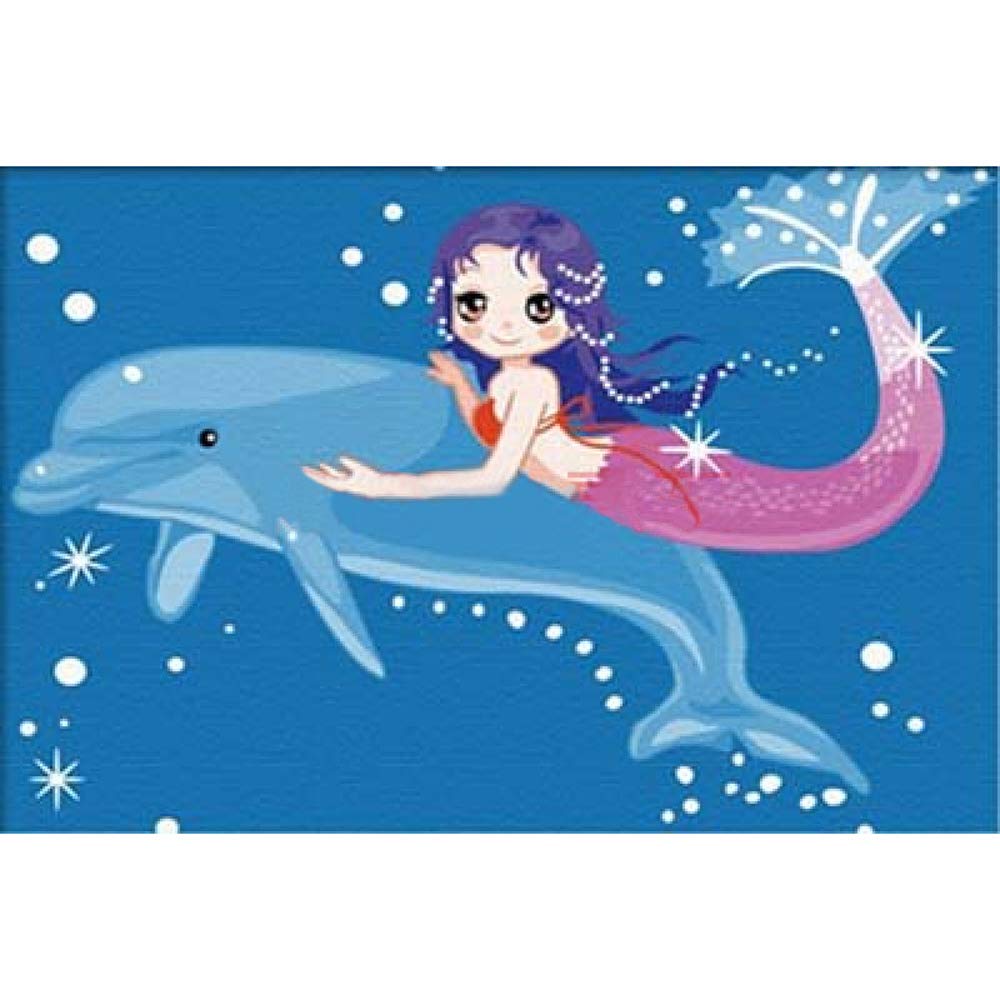 For the white paint and other light color paint part, the figures left on the canvas may be seen, you can double use the paint and try to cover with the thick paint

use the paint directly and do not add any water

if you careless to fill in a wrong color, you can wait the paint to get day and then cover the wrong part with the correct color on the surface

wash the brush cleanly when you change to another color

For the Solid Wooden Frame, Please visit our storefront .

If you happen to have the paint on your clothe, please wash it immediately.

Please cover the lid of paint well when you do not use it, in case the paint gets dry.

The figures on the canvas may not be covered entirely, hope you do not mind.

The paint we offer is enough for the normal use, please do not waste it in case of the paint shortage. 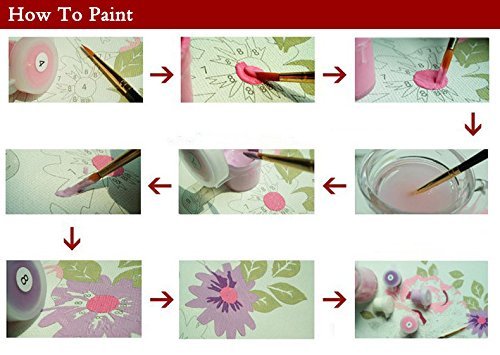 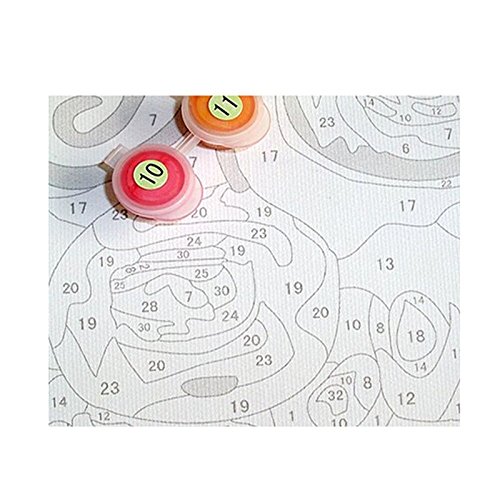 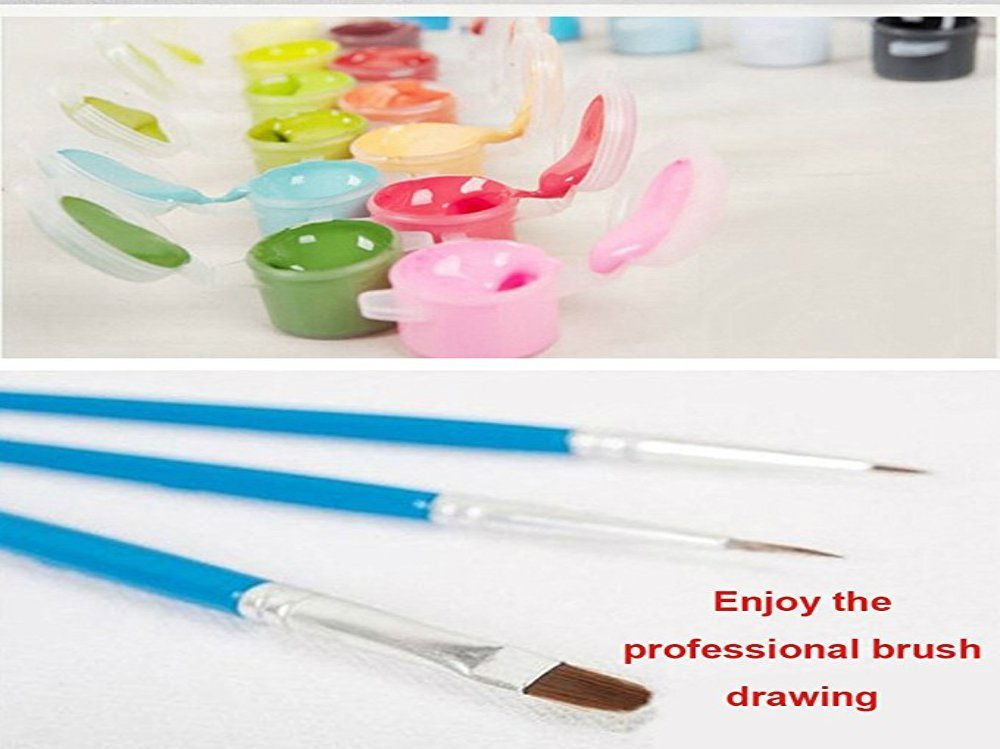 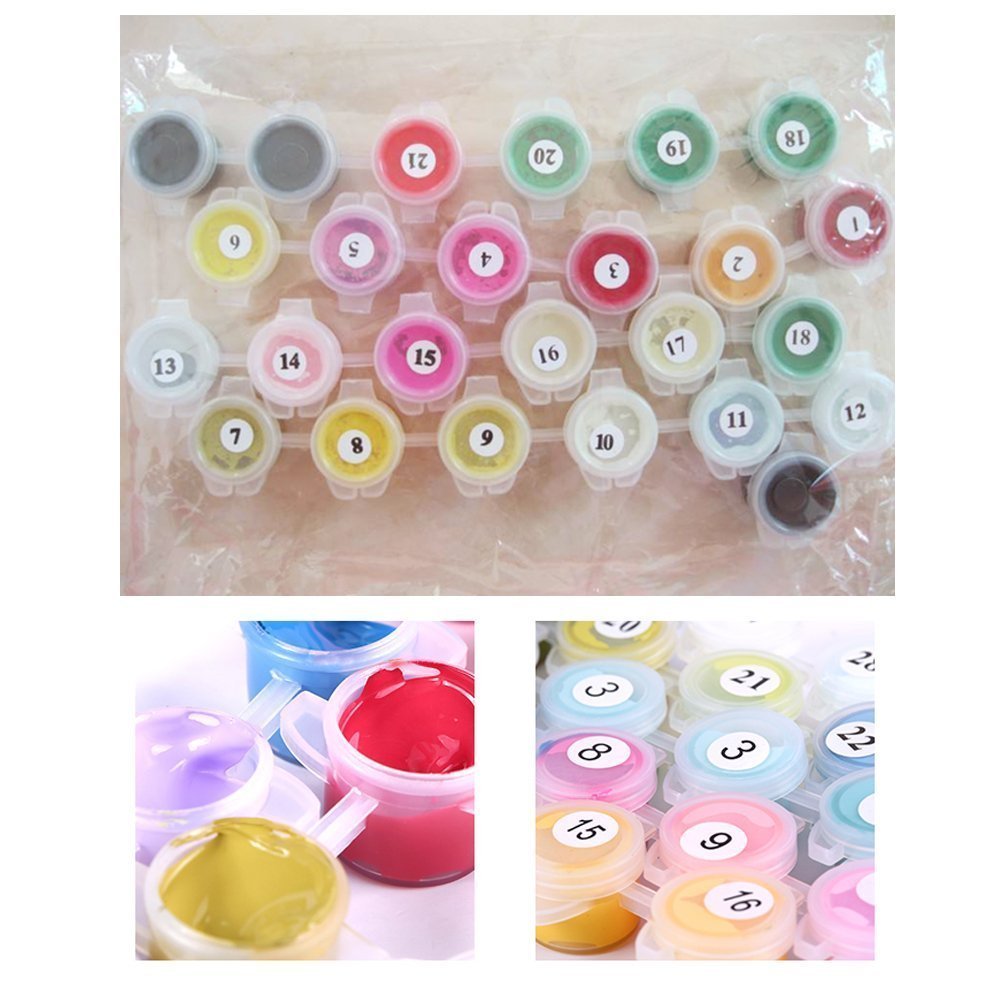 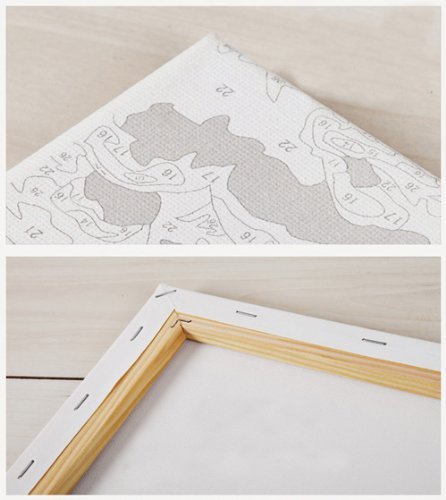 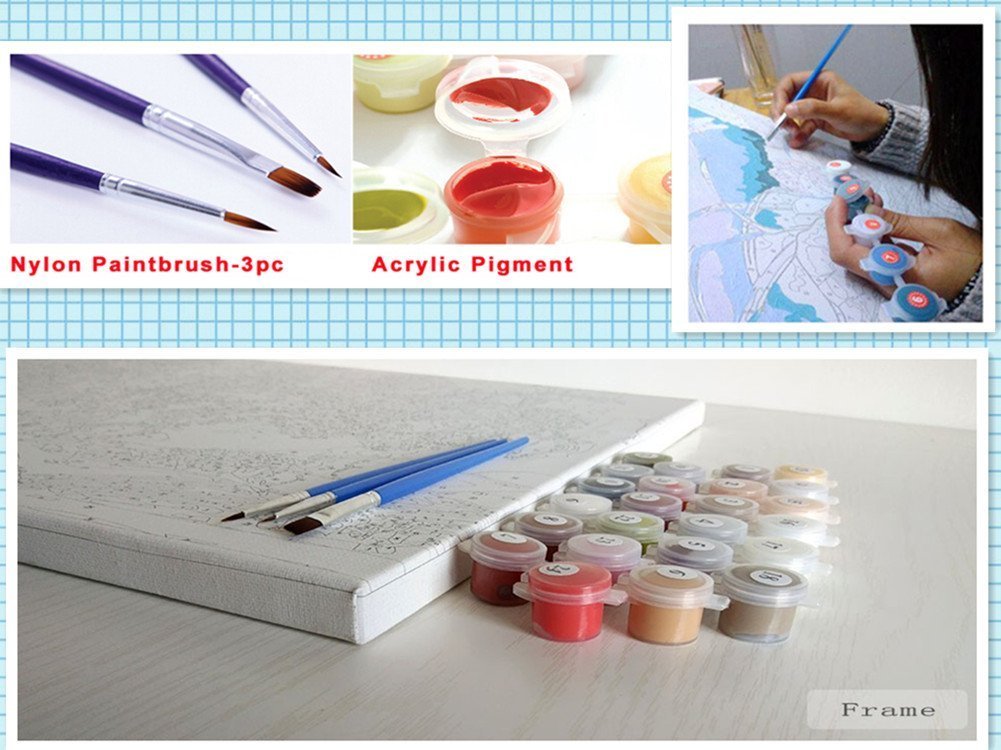 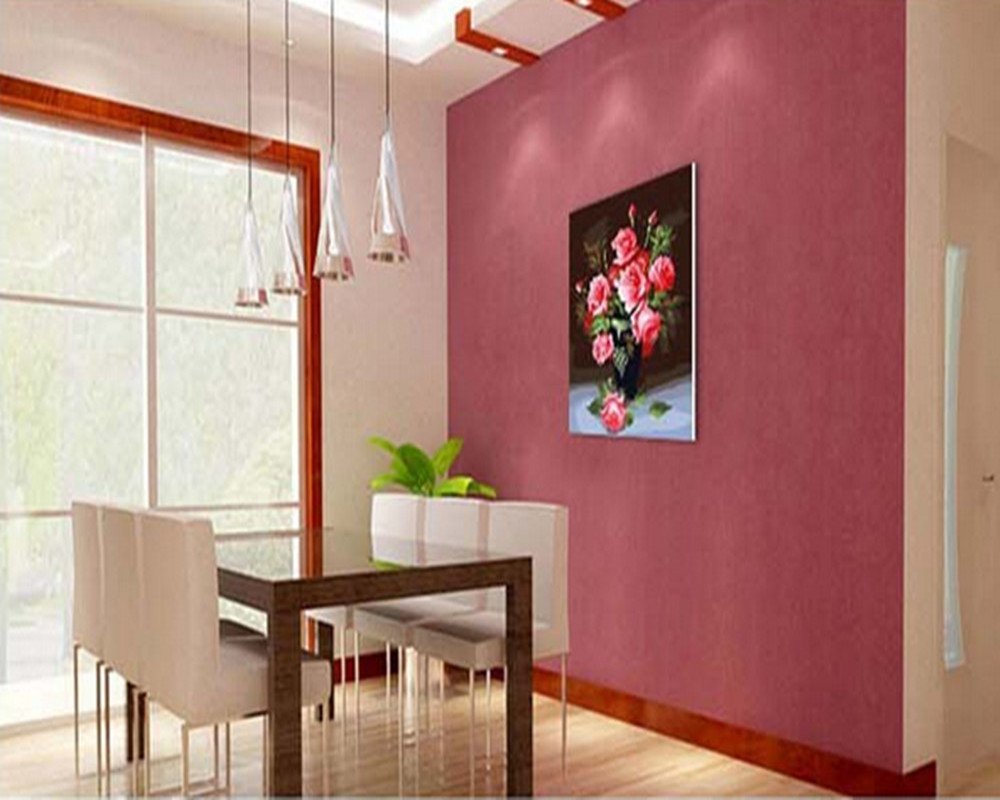