Make your storage area more organized with the commercial-grade NSF black epoxy shelf kit.
NSF Listed
This product is NSF approved .
This NSF black epoxy shelf is the best variant for Home, Garage, Commercial Hospital, Nursing and Care Homes, Children's Shelters , Clinics.This black epoxy shelf creates a smart storage solution for your restaurant, hotel, bar, warehouse, or garage.Because of coating, black epoxy shelf kit can be used in either dry or moist environments, making the unit a multipurpose investment that's sure to accaccommodate your ever-evolving needs.
Top Quality Design and Construction
This unit's high-quality design provides the reliable performance every business requirements. This kit features a wire construction for durability and a durable epoxy coating for protection from rust and corrosion. . It also allows for proper air flow around stored supplies, products, or ingredients.
Adjustable Shelving for Ultimate Versatility Accommodates up to 600 lbs. (with evenly placed weight). Also, a foot is provided for each post and must be used for proper installation. The shelving unit demands an assembly.
Overall Proportions:
Length: 30 in.
Width: 18 in.
Height: 96 in.
Capacity: 2,400 lb.
Individual Shelf Capacity: 600 lb.
Number of Shelves: 4 Shelves 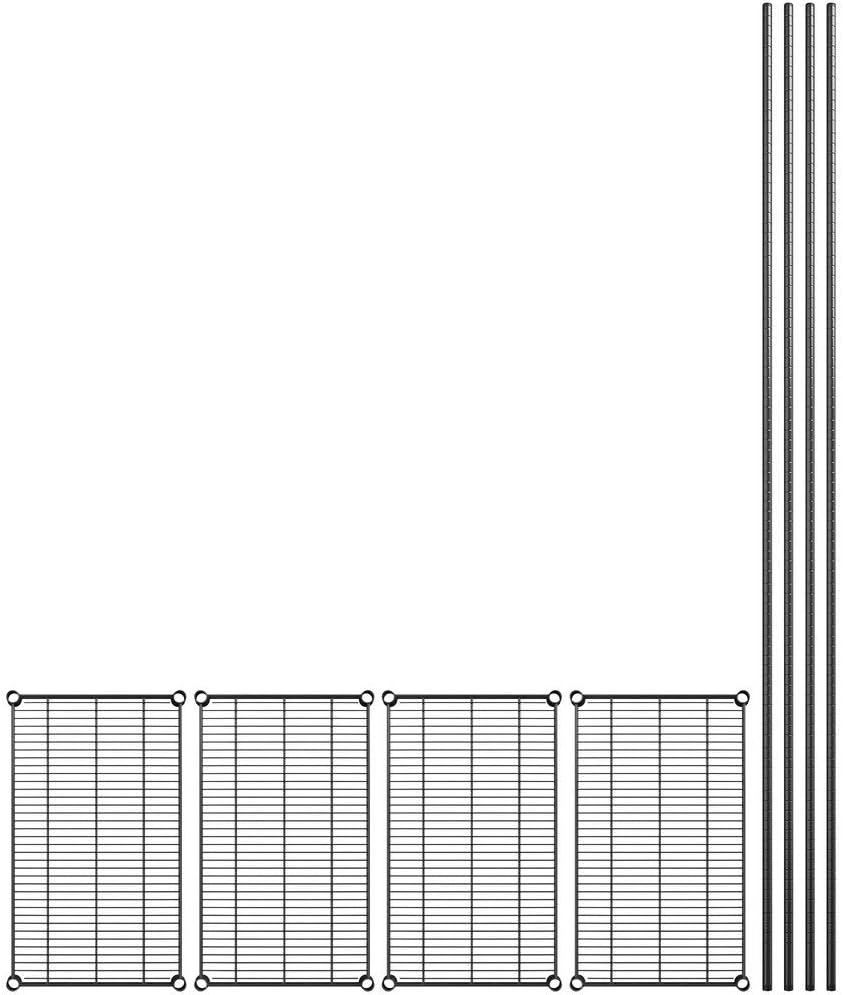 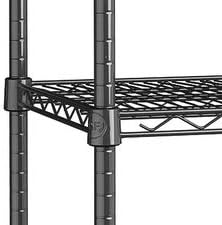 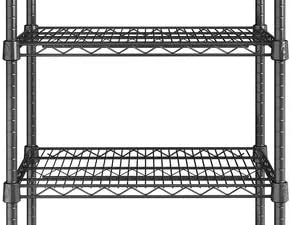 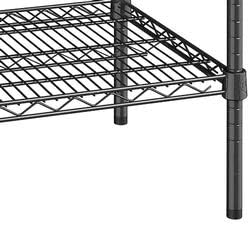