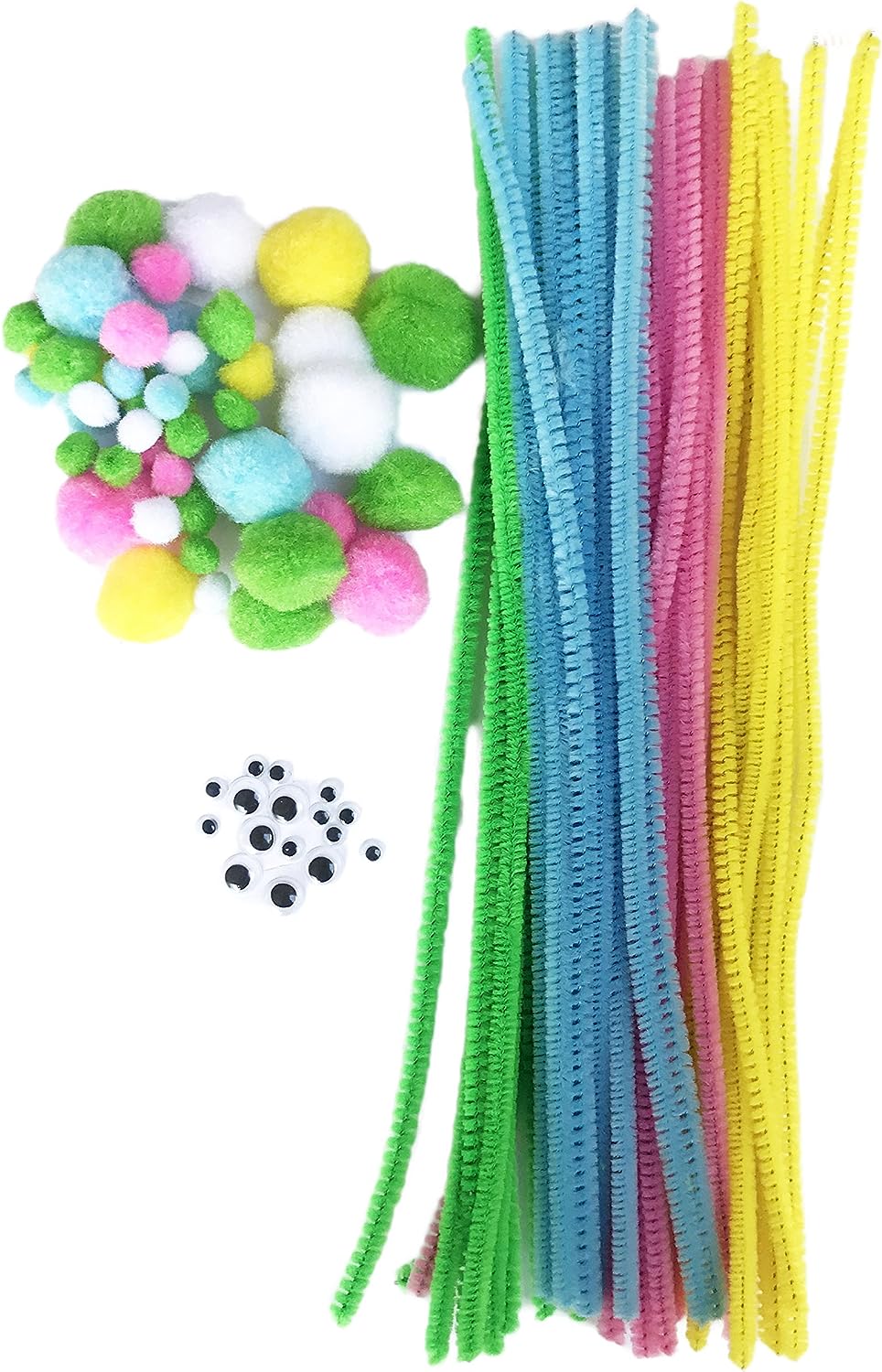 A whole universe of imaginative fun is available with these Easter themed chenille stems, pompoms and googly eyes! With tons of colors at their fingertips, your kids can use these flexible craft basics to create stem animals, party decorations, jewelry and more. Great for making DIY crafts with your little ones.