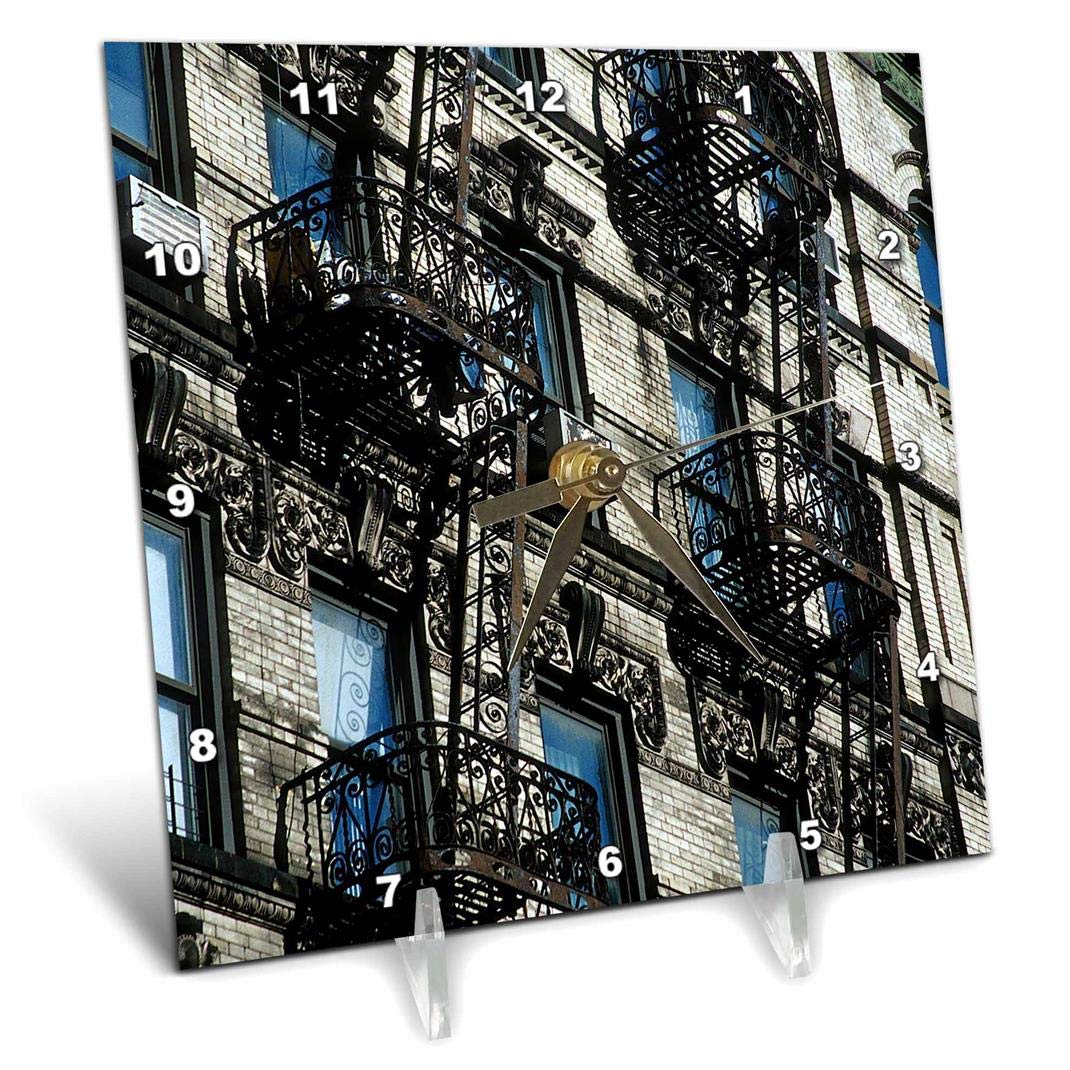 New York city, fire escapes of a Manhattan building - US SPE0048 - Susan Pease desk clock is a wonderful complement to any room in your home or office. Made of durable high grade aluminum. This frameless clock has a high gloss mirror like, UV coated, scratch resistant finish and is suitable for a moist environment. Measures 6x 6and requires one AA battery; not included. Battery box is not covered.