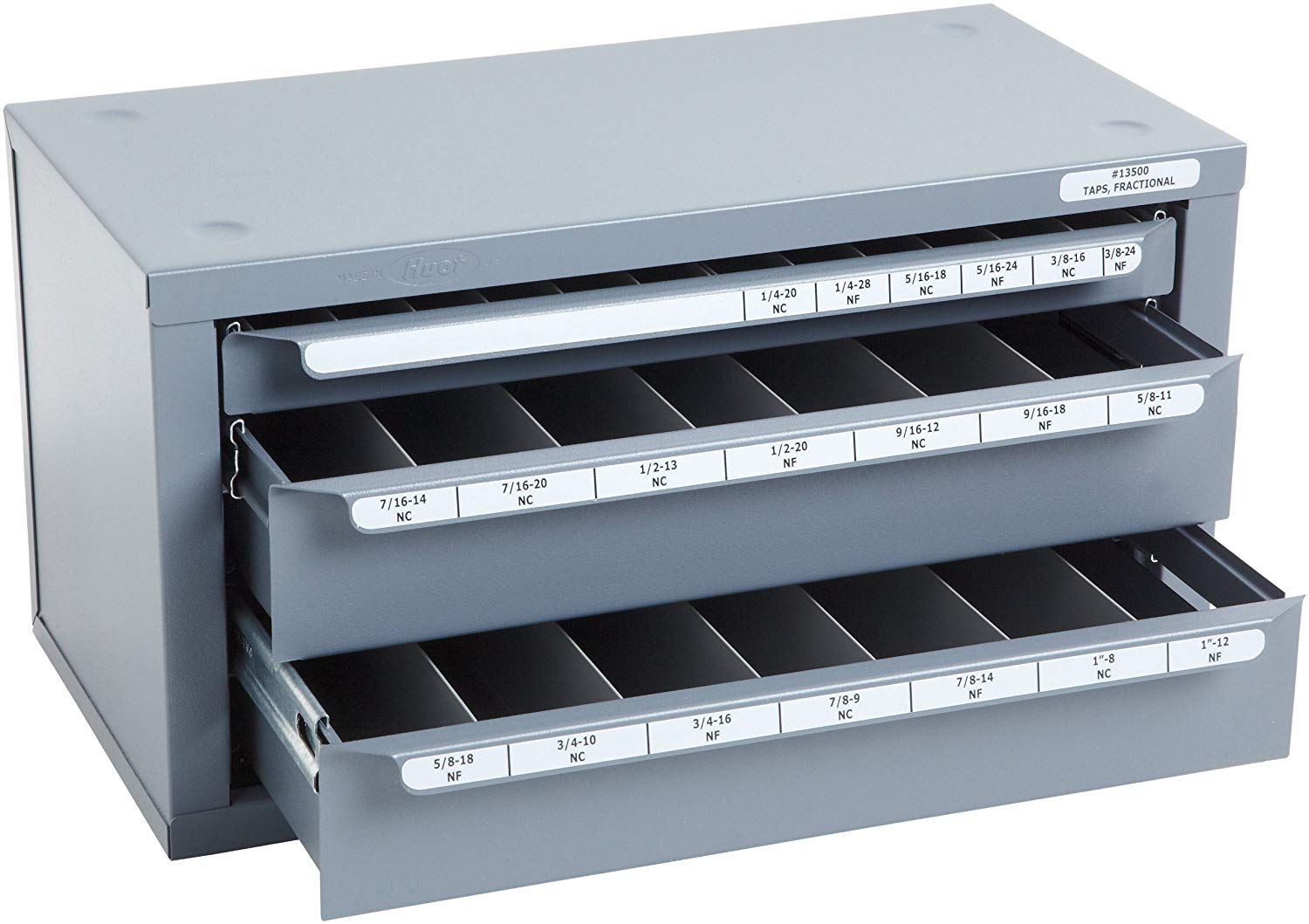 The Huot Three-Drawer Tap Dispenser Cabinet holds multiple taps in fractional National Coarse (NC) sizes 1/4"-0 to 1"-8 and National Fine (NF) sizes 1/4"-8 to 1"- and is made in USA. The labeled compartments provide quick identification and organization. The cabinet is made of steel with an epoxy finish for durability and protection and can be stacked with other Huot dispenser cabinets. Taps are not included. The cabinet is . × .6 x .3 inches (H x W x D). (H is height, the vertical distance from lowest to highest point; W is width, the horizontal distance from left to right; D is depth, the horizontal distance from front to back.) 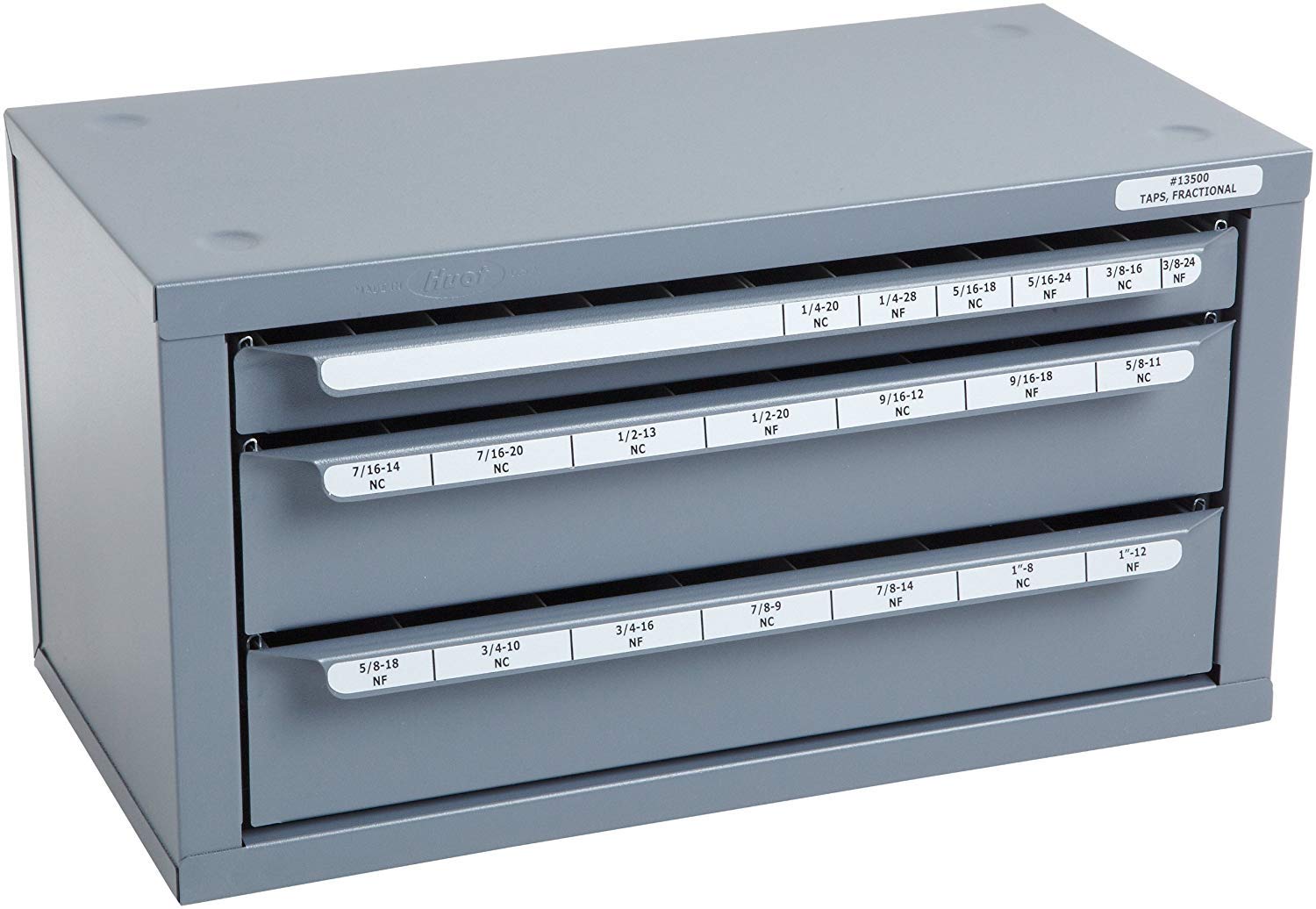