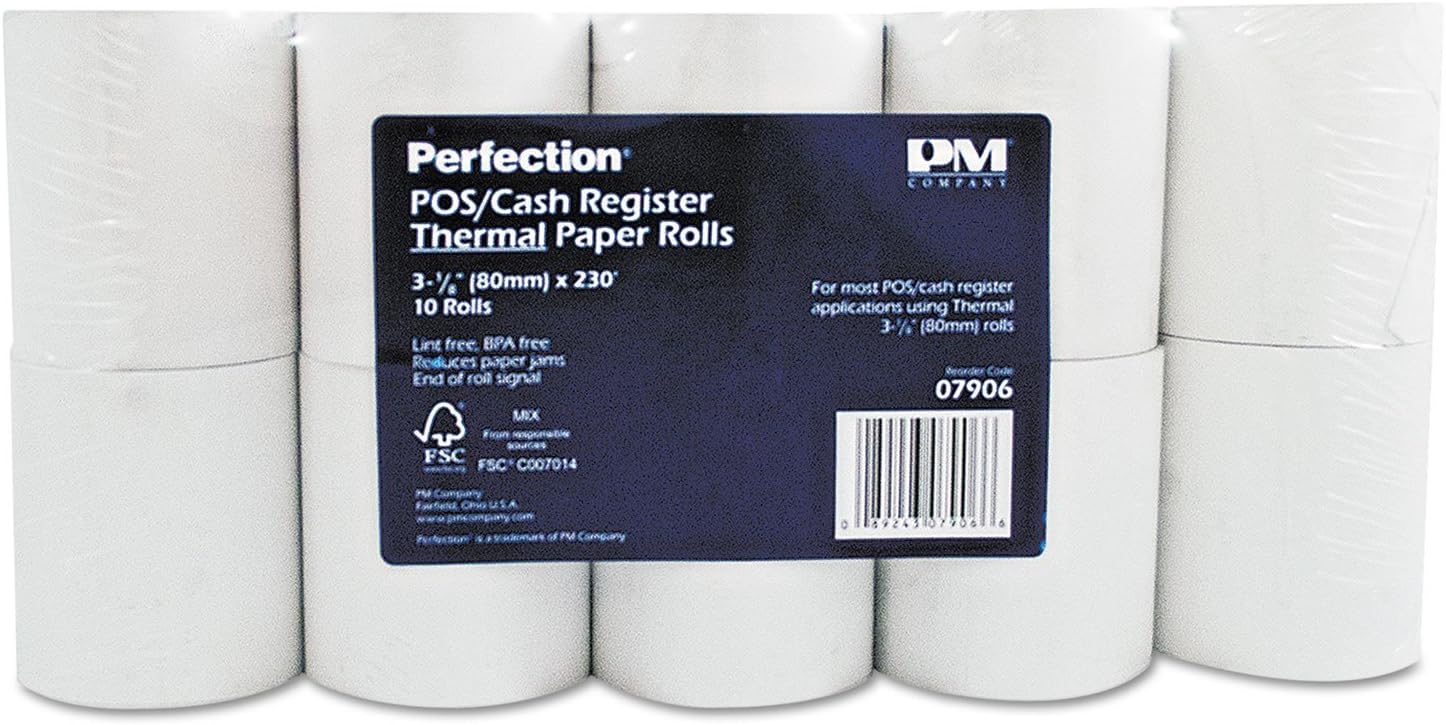 PM is committed to a sustainable environment. In 200, PM became the first forestry certified paper roll converter in the United States. The paper rolls are guaranteed to work efficiently with your machine printhead to provide crisp, clear, black images. The reliability and performance of a thermal printer is directly related to the quality of the supplies, including the paper, used by the customer. The IBM Testing Process is an "Industry Standard" test for the thermal papers used in the marketplace. To be IBM approved, the paper must pass a 00km of paper printhead test without abrasion or build-up, with no cutting failures. IBM testing only confirms that the use of approved papers will not negatively affect the operating life of an IBM thermal printer. Manufactured to OEM specifications. This product was made from wood that came from a certified managed forest. 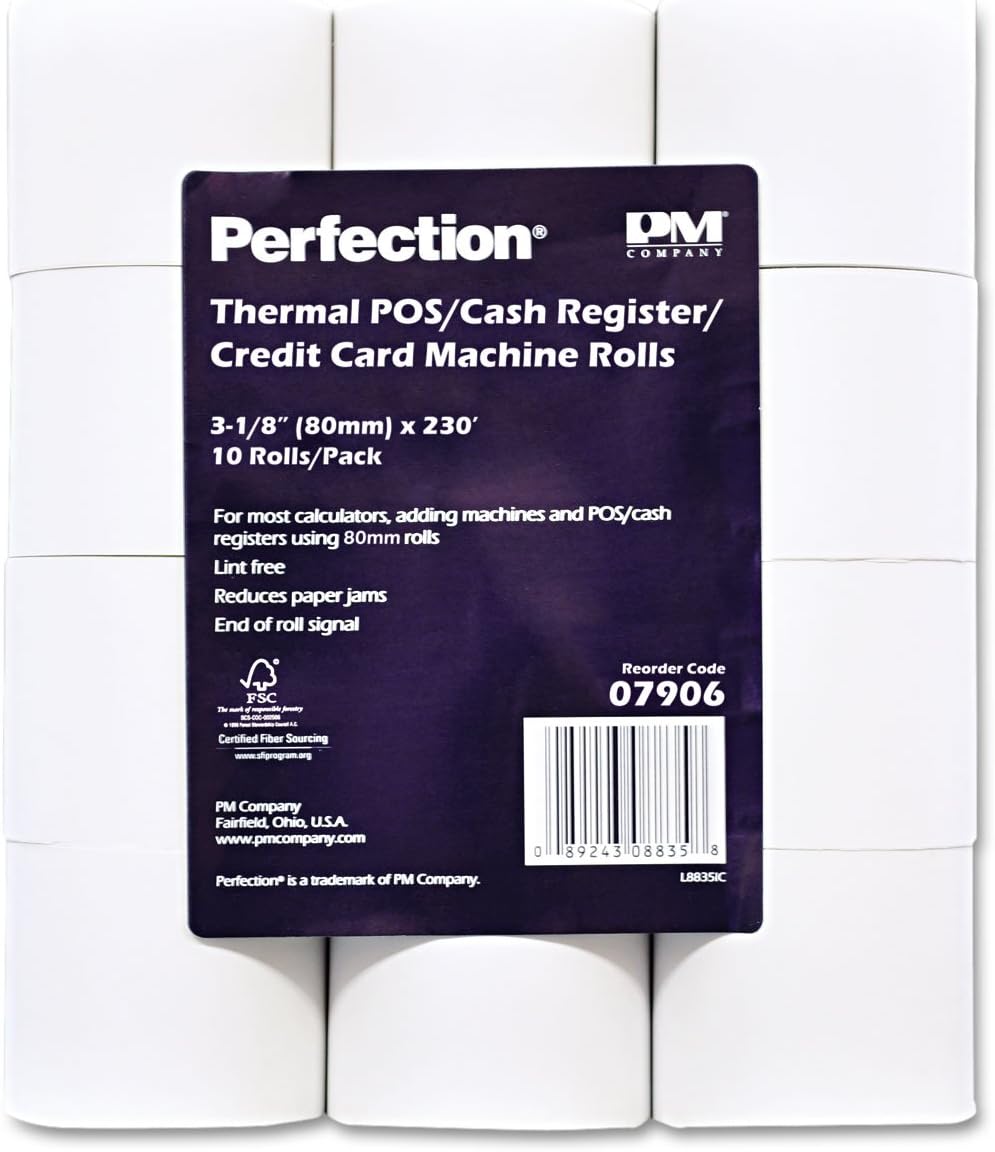