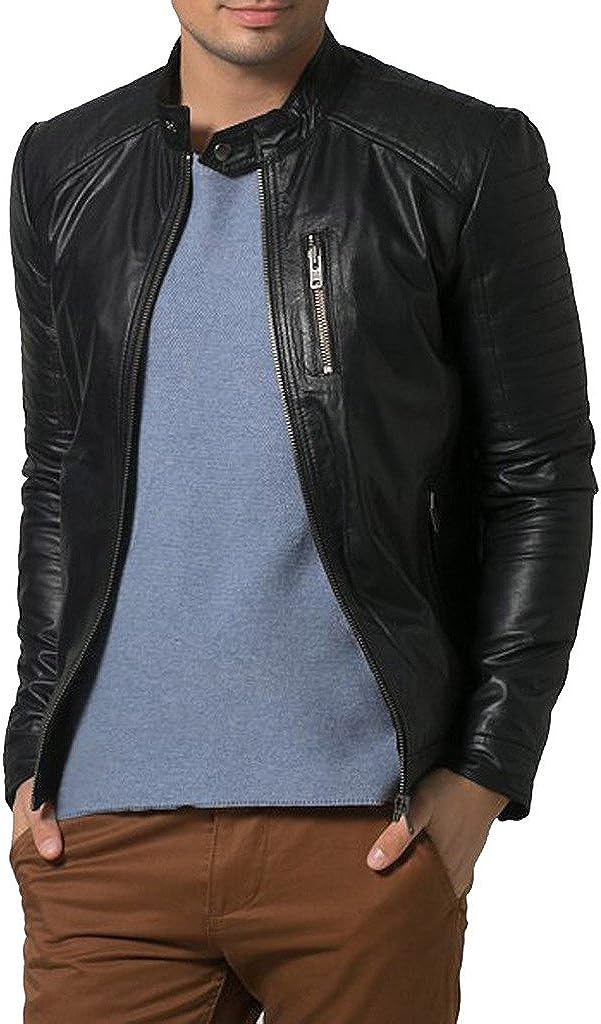 Real Leather Ages beautifully with time. It takes on the character of the wearer. Natural leather is breathable so you wont feel sticky and suffocated as you do with PVC synthetic imitation. You dont buy a quality product you buy quality lifestye. Why not treat yourself or someone special with this luxurious leather product.Genuine Lambskin Leather Motorcylce/Biker Jacket for Men. Zippers may vary from those in pictures depending on Market availability. When selecting a size, please leave at least 3-4 inches from body measurement to get a slim fit. For example, if the chest circumference is 38 inches, please select a jacket whith chest of 42 inches to get slim fit. e.g ( 38 + 4 ) = 42 inches. 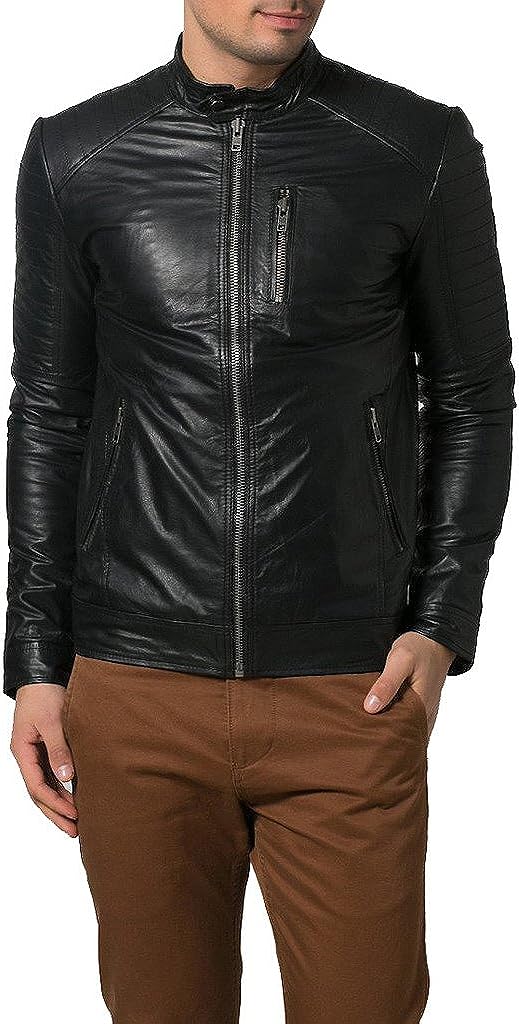 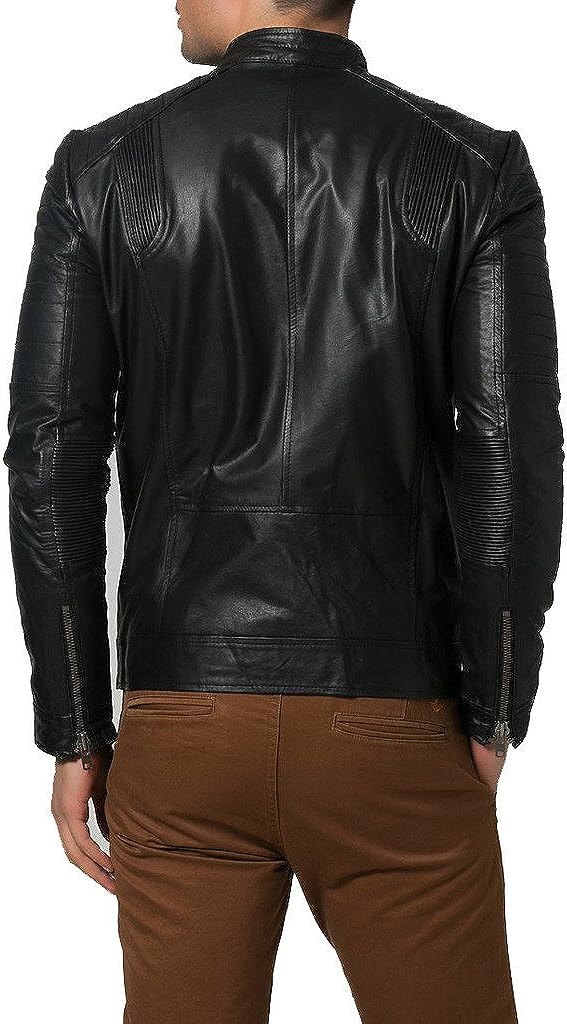 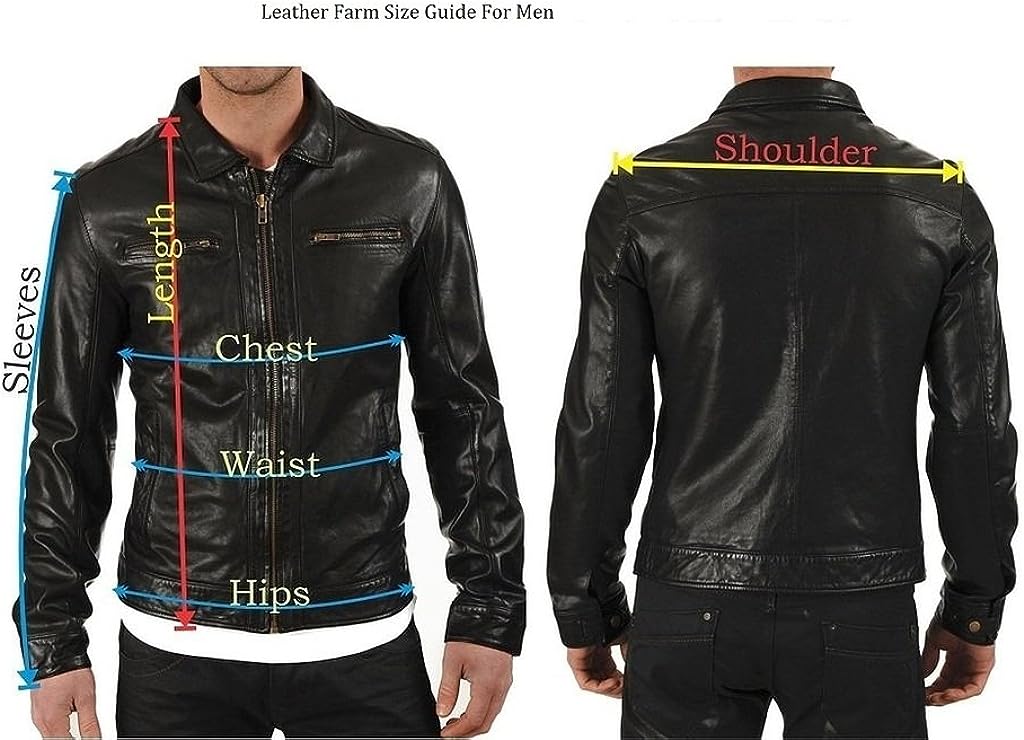