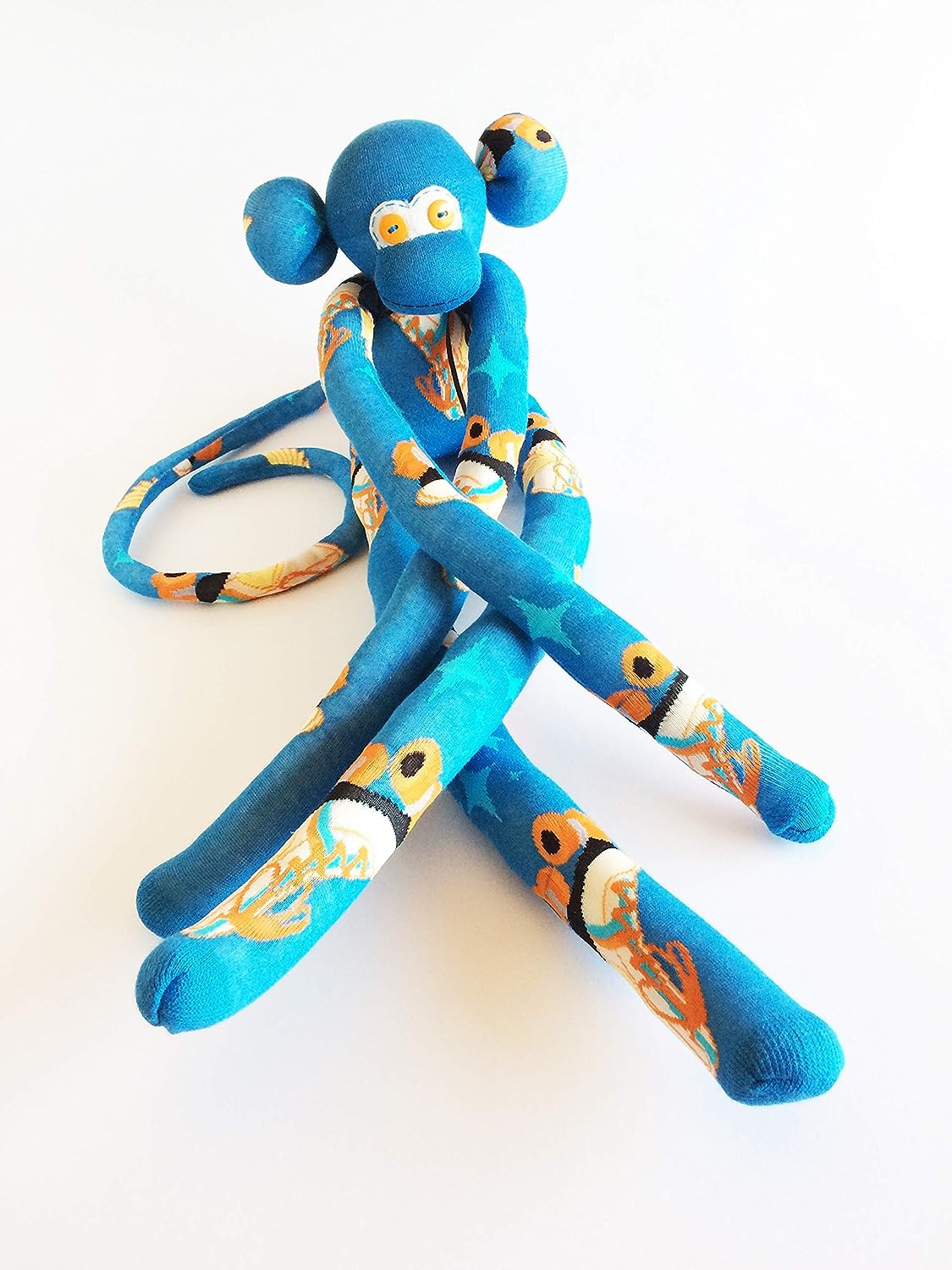 The first patented roller skate was introduced in 1760 by Belgian inventor John Joseph Merlin. His roller skate wasn't much more than an ice skate with wheels where the blade goes, a style we would call inline today. They were hard to steer and hard to stop because they didn't have brakes and, as such, were not very popular. Since this time Roller Skates have become a fun sport in the Roller Derby sport, where women lace up and race each other! Take this retro roller skating monkey to your next derby event! The purchase of this listing is for one sock monkey with the following specifications: Style: Retro Roller Skates Sock Monkey Measurements: 26 inches tall Weight: 9 ounces Colors: White, Blue, Gold, and Black 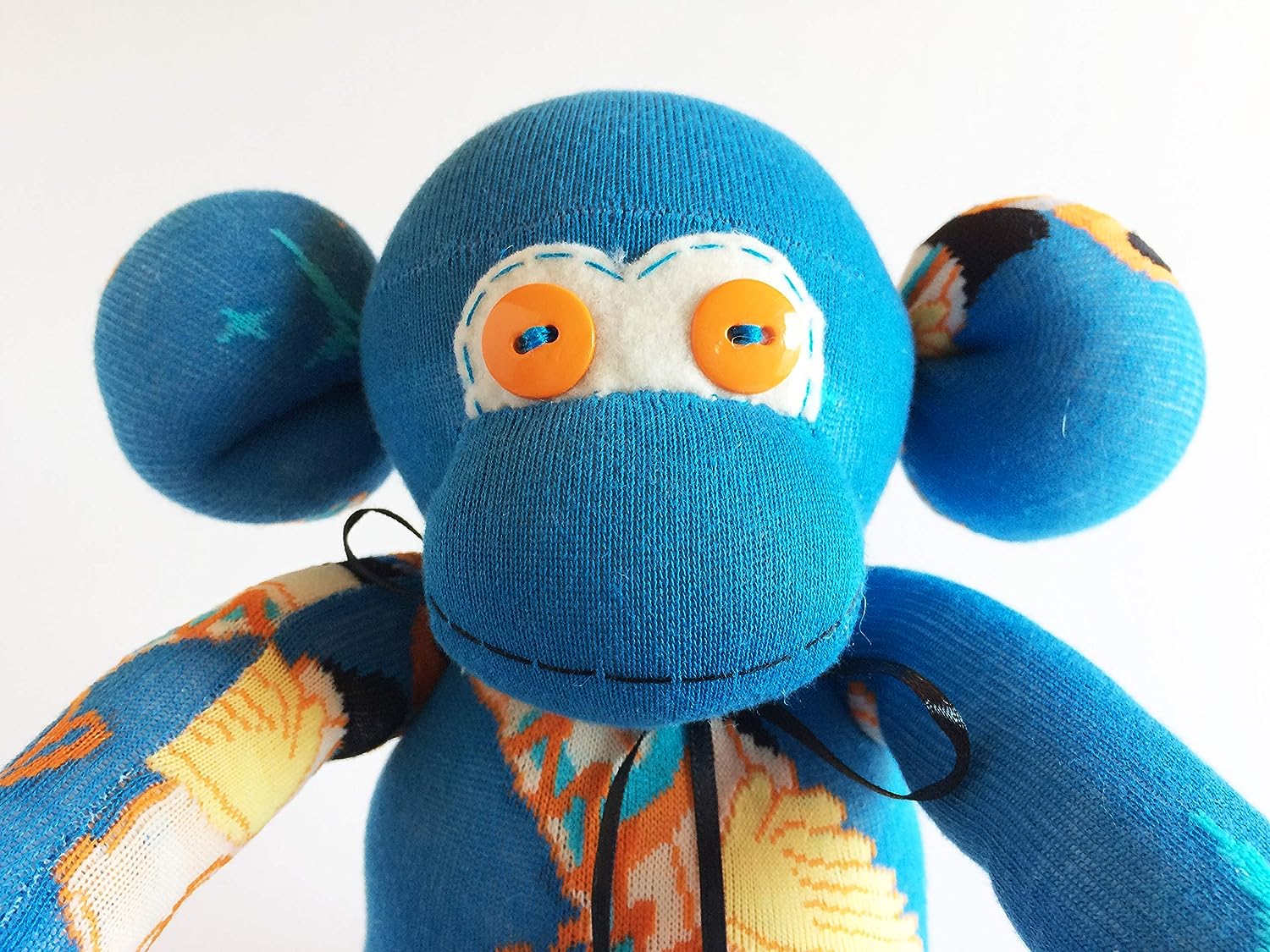 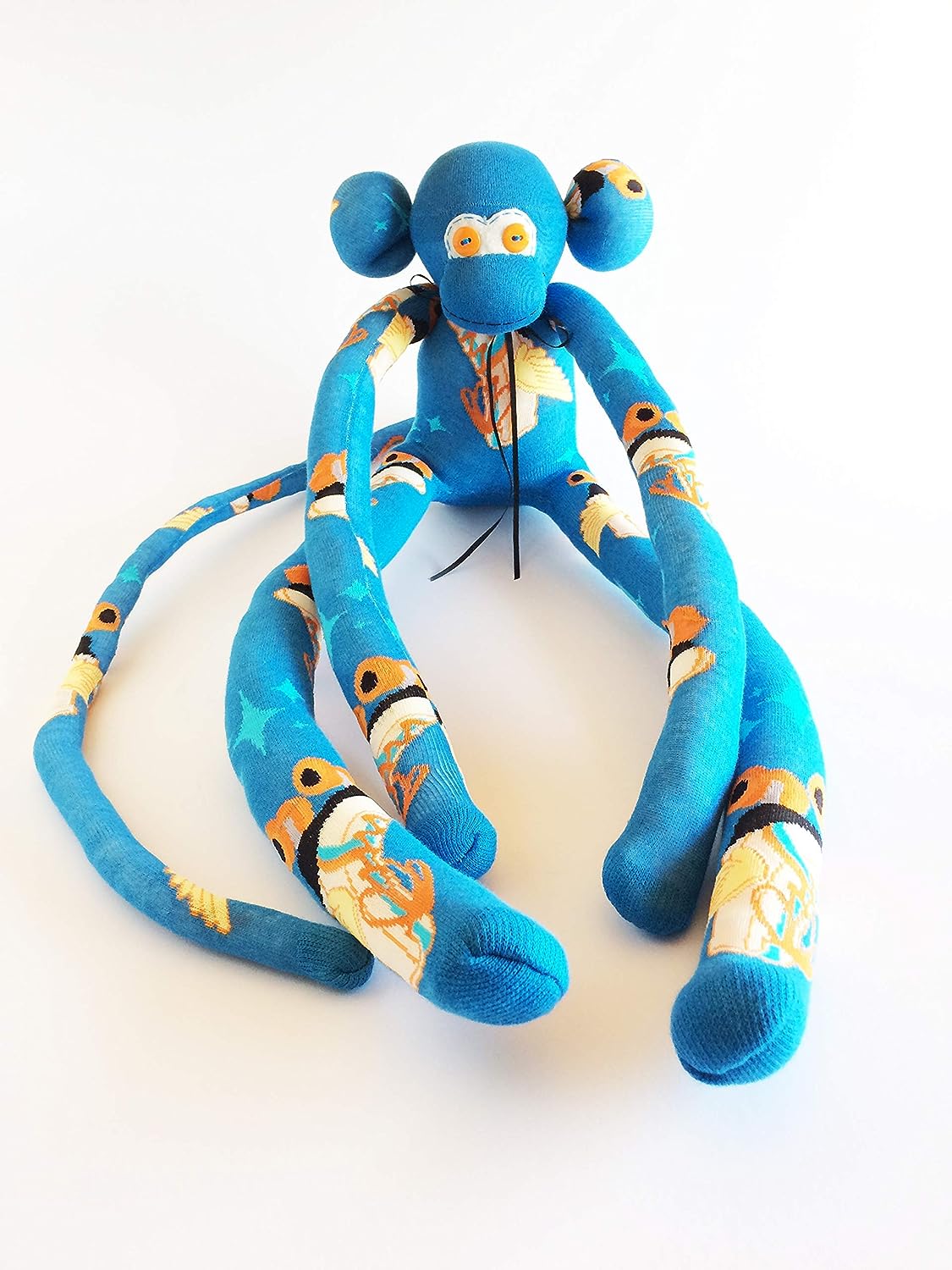 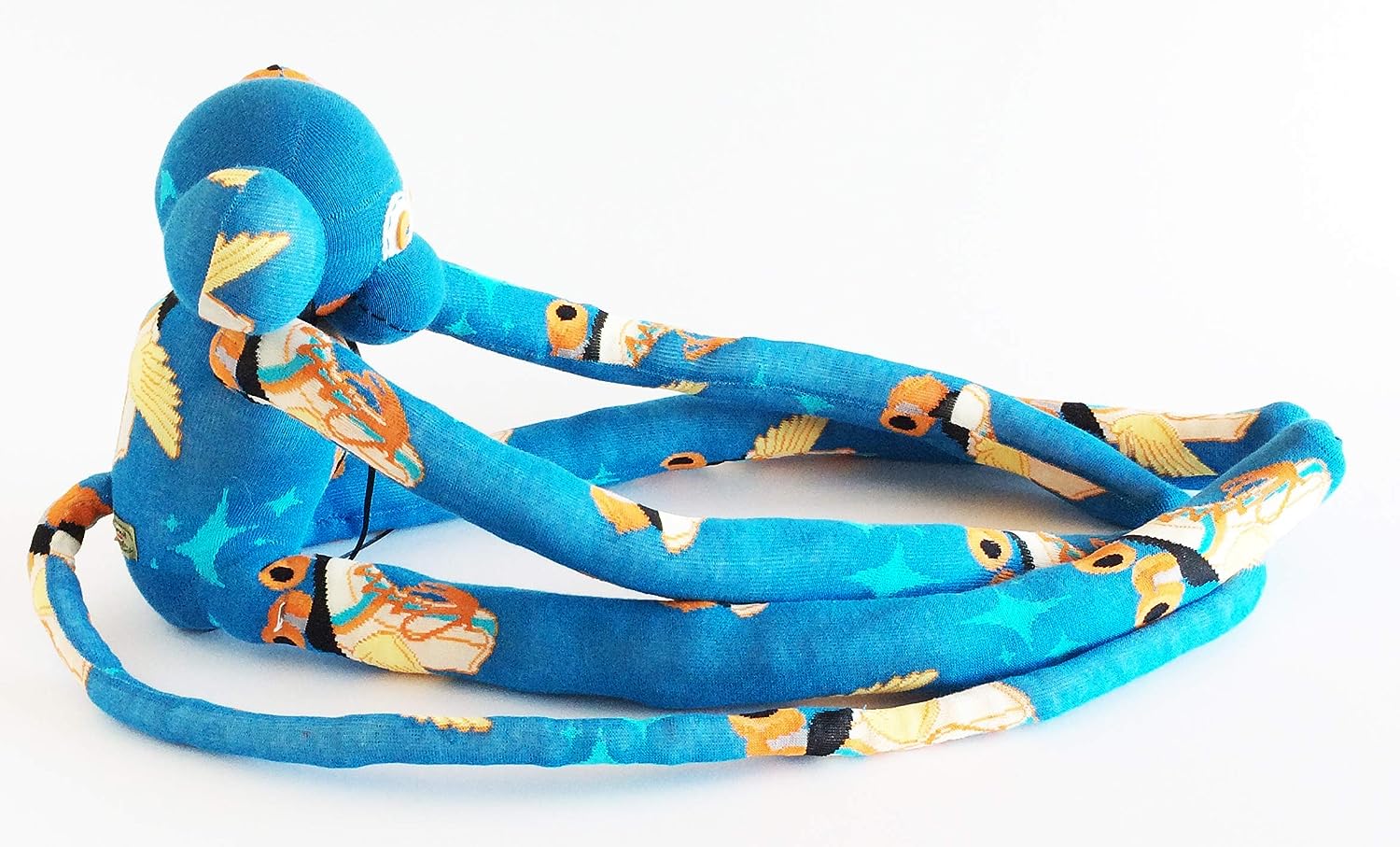 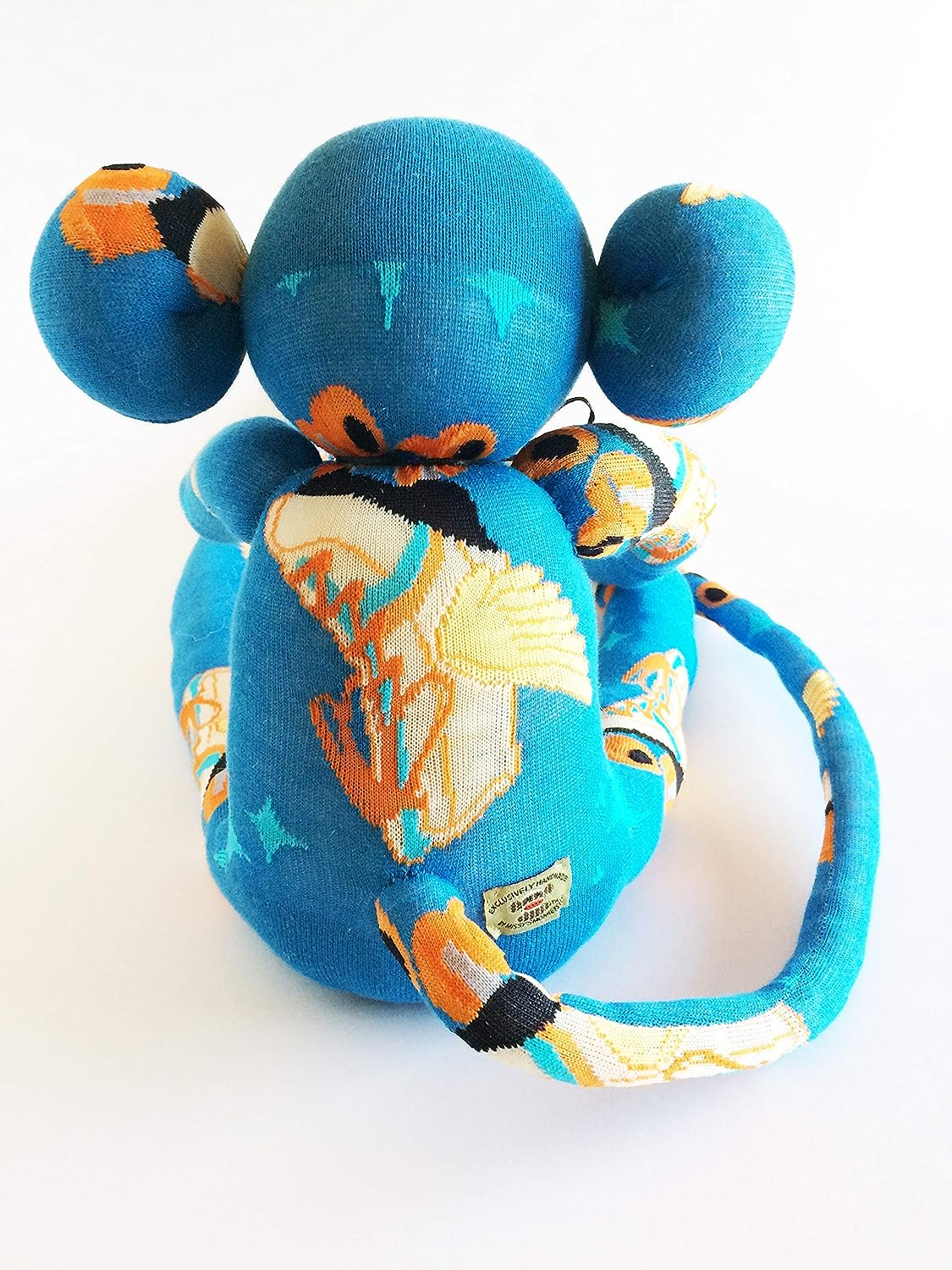