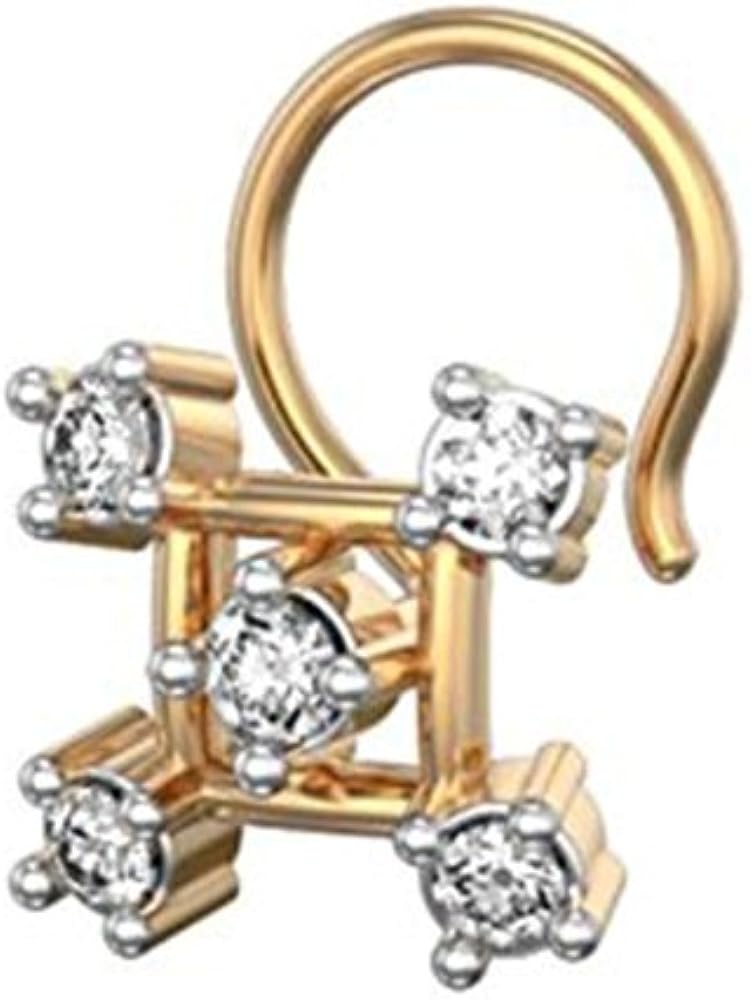 This Nose Pin has been set with high quality cubic zirconia. Your jewelry comes in an elegant Gift Packaging. Enjoy 30 Day Replacement Warranty For manufacturing defects.