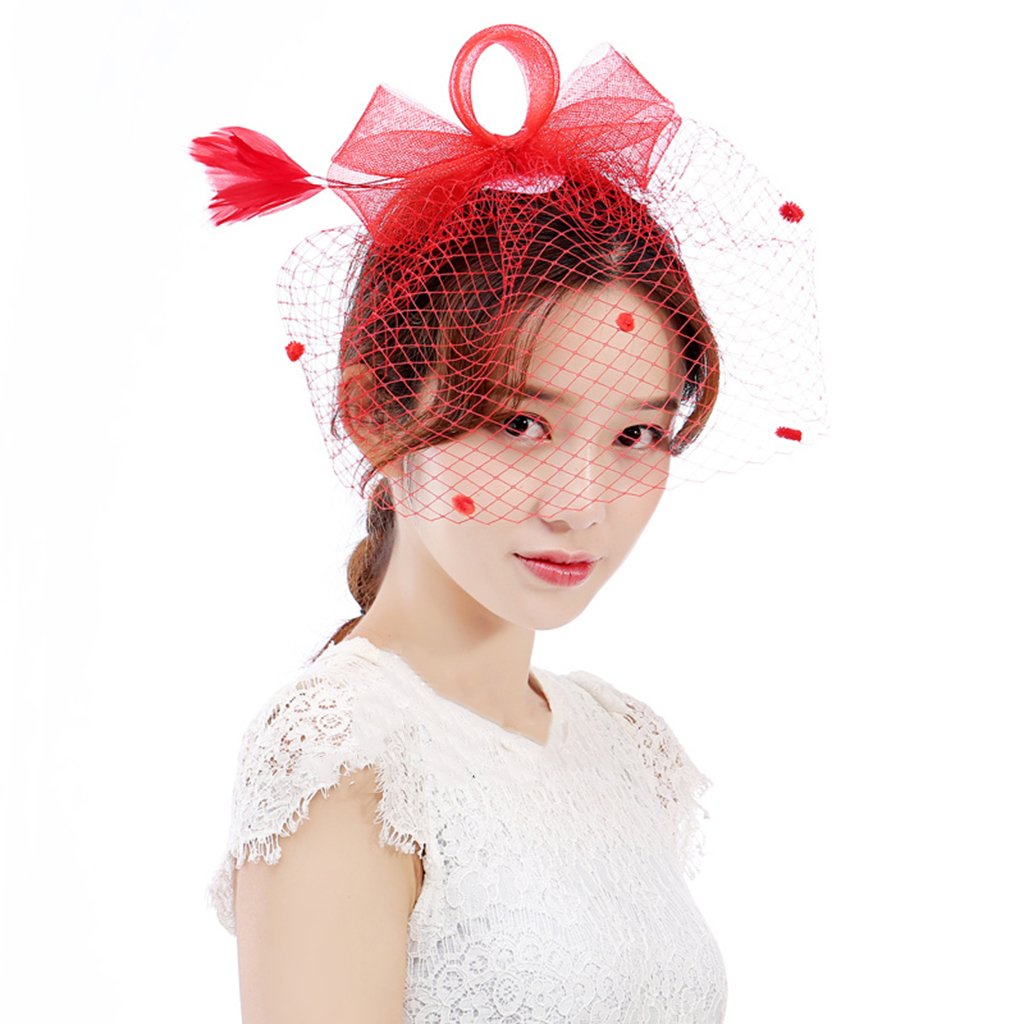 Material: Sinamay+feather Flower Fascinator
These Elegant Feather Fascinators are wonderful for special occasions and outdoor events.
The style is trendy and stunning, will definitely get a lot of compliments at your prom, tea party, Derby, church gathering, summer picnic, wedding, or any other special soiree.
No worries about any shifting or coming off if you are dancing or being active.
Also it is very elegant and breathable.
Today, a fascinator may be worn instead of a hat on occasions where hats were traditionally worn such as weddings or as an evening accessory, when it may be called a cocktail hat. It is generally worn with fairly formal attire.
A substantial fascinator is a fascinator of some size or bulk. Bigger than a barrette, modern fascinators are commonly made with feathers, flowers or beads.They need to be attached to the hair by a comb, headband or clip.