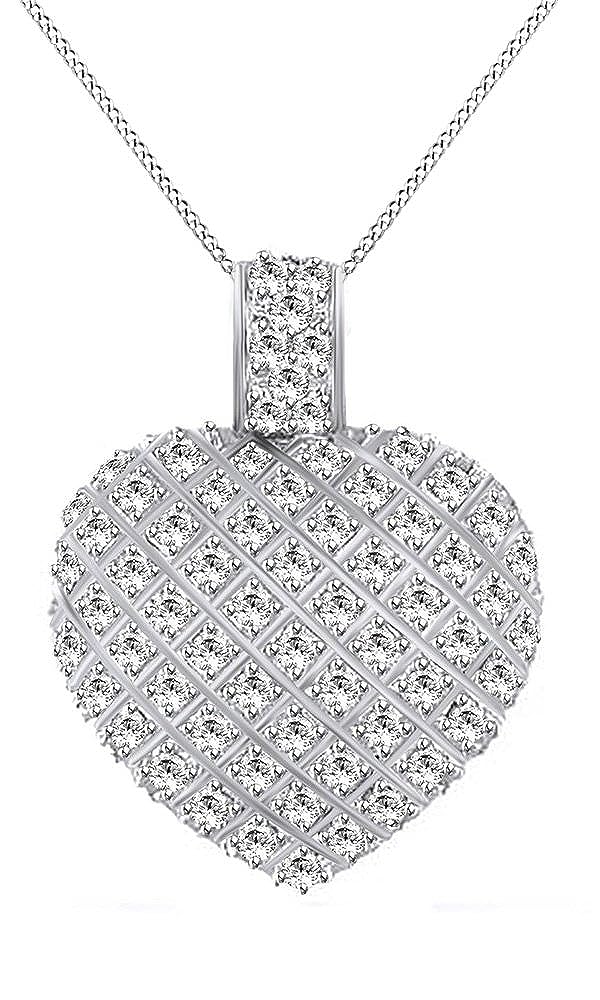 Jewelry has the power to be this one little thing that can make you feel Unique, You?re going to love this Fabulous Ladies White Cubic Zirconia Heart Pendant Necklace in 14k White Gold Over Sterling Silver Simply beautiful! Makes a great gift for any Anniversary, Engagement, Wedding, Birthday, Holiday,Promise, Valentine's or Special Occasion!