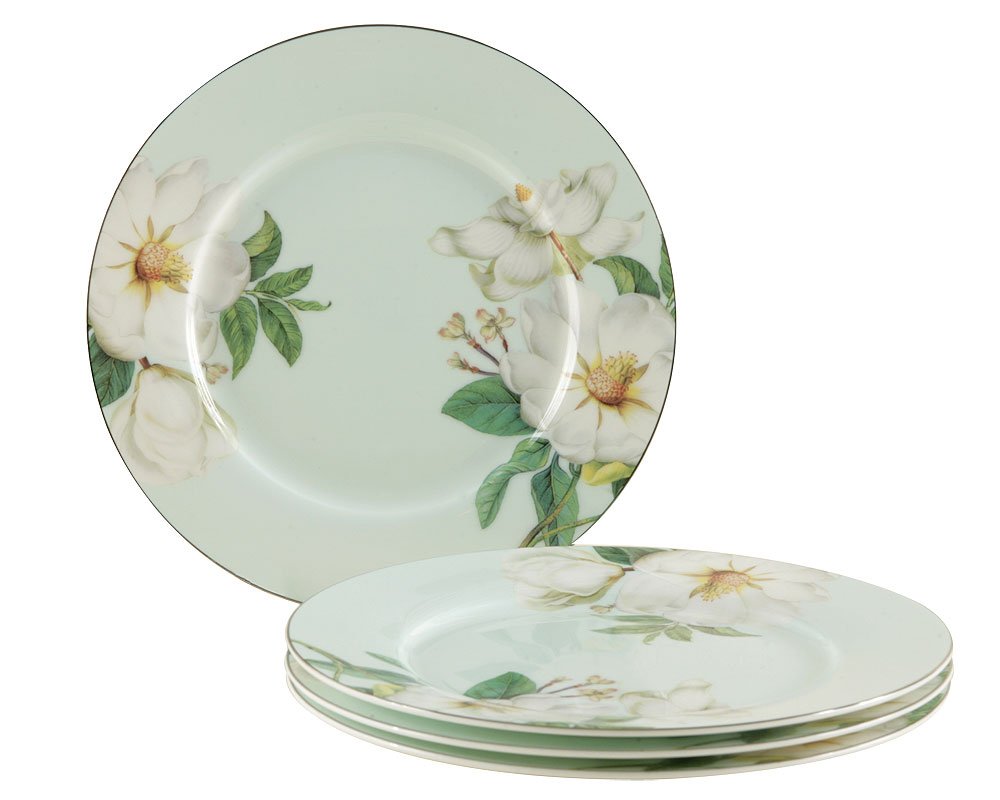 is lovely for entertaining, holidays and special occasions. Gracie Bone China is elegant, affordable and sure to dress up your dining table or tea party. Four Dessert Plates, 7-/-Inch in our Blue White Magnolia pattern.